Esoteric Teachings in the Spiritual Movies Gladiator, The Last Samurai, American Beauty, Lord of the Rings and The Matrix

Esoteric Teachings in the Spiritual Movies Gladiator, The Last Samurai, American Beauty, Lord of the Rings and The Matrix

Each of these and many other spiritual Movies have been charged with spiritual energy. To a normal Film Critic they seem just the same as other movies of their Class. They do not understand the Spiritual Nature of their Teaching!!

These critics cannot feel the Energy of these films. They cannot understand and therefore hate the nature of their success.

Only evolved people can start to feel these energies inherent in great art. They know that there exists “Something more” or that symbol of it, “The Matrix”. So only they search for it.

And here is that something more, The way out of the Matrix,

The Gladiator by Ridley Scott. 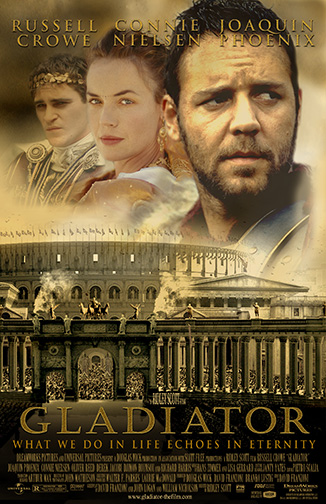 Comodus the Emperor is totally selflish, has no connection with a spiritual element called Dharma, soul path, or the fantasy (real) part of the film showing the Elysian fields, unlike Maximus who does his unselfish duty.

Maximus believes in a higher principle. He is trained by his adopted father the old Emperor Marcus Aurelius who historically taught meditation, the training for enlightenment to work for the good of others.

Maximus gets into alignment with the energy of God. Maximus wants nothing for himself except that justice for which he becomes the tool for a higher power.

Produced and starred in by Tom Cruise

Written by the same writer as Gladiator

In a world powered by greed and ambition we need to add honour, integrity and meditation. Somehow the emperor must be informed, changed to allow this energy to work within him.

In the scene where Tom presents the sword of the samurai to the emperor, you are the emperor.

The empire is also every empire on this planet.

Energy Enhancement is that means of change.

Envy, desire, ambition, limit a man to the universe of the maya. And what is this universe? It is only a projection of his envy, desire and ambition

To control something one must be capable of stopping it, said Karl Popper, the famous philosopher who wrote “The Open Society and its Enemies” and Frank Herbert, who wrote the Dune series of Science Fiction.

In American Beauty. Kevin Spacey becomes Enlightened by saying STOP!!  to his selfish desire and moving into universal Love, thereby getting out of his “desire box” or The happy  dreams of when he was 18, marijuana, getting laid, to which he had become addicted.

It shows how his wife, Carol Benning is trapped by wanting, being addicted to, Power and success (Her desire box) which bring her to think of murdering him.

It shows how his murderer clings to limits, rules and structure, the army, the right, by being afraid of his unconscious and his homosexual nature which he has repressed all his life. All this causes him to murder Spacey because He showed his real nature to him, “Spacey Knows” and could, with a word, destroy that horrible world which he created and to which he clings and is attached, addicted.

All of the above people enter into these addictions which  destroy them by thinking that this is the way to be happy.

Every Human Being is in search of complete Freedom!!

Every Human Being is in search of that which will make them truly happy. They explore every way, all that, before they know deep inside that these are all paths which lead to unhappiness.

But paraphrasing the Yoga Sutras of Patanjali,

“After trying out all that, here are complete instructions on EnergyEnhancement!!”

Lord of the Rings

In Tolkien, The Lord of the Rings, where each of the Rings is a powerful symbol of a Chakra, one of the energetic centers within a human being, one of the 10 parallel processors of the mind, only one of which is intellectual, he says:-

“One Ring to Rule them all and in the Darkness Bind Them.” The only way to control these energy centers is by throwing the One controlling Ring to the bottom of a deep volcano.

Gandalf the Grey, Wizard, and Ring Bearer of the “Ring of Fire,” one of the lesser Rings.

This is a symbol of Alchemical Transmutation through Fire, which obviously Tolkien knew about.

ENERGY ENHANCEMENT COMBINES, SYNTHESISES ALL THESE TECHNIQUES AND MORE!!

The student who sneers at his teachers true knowledge is like one who chooses unripe grapes and scorns the sweet fruit of the vine which has been allowed to ripen in its own time.

Bilbo Baggins from the Film, “The Lord of the Rings”

As in the “Lord of The Rings” by J.R.R. Tolkien, a man who obviously understood the higher meditative methodologies taught in this Energy Enhancement Course.

In Tolkiens lifetime his job was not the simple teaching of the techniques, like this Energy Enhancement, which can Create, Quicken, Speed Up the Energy of Evolution within people.

Frodo the “ONE Ring” Bearer from the Film, Lord of the Rings.

Tolkiens job was the creation of a thoughtform which through its application could beneficially influence, encourage, all of humanity to become better, higher, more evolved, people.

To Encourage people to take a training Course like that of Energy Enhancement. Again, myth and simple parable become focusses for the Energy of the Logos. They become Objective Art, in the Gurdjieffian sense, with deep truth and energy hidden within.

And now with the release of The Lord of the Rings Movies in three parts there will be a further boost to the thoughtform which created the most popular book of the 20th century for the benefit of all beings.

These high thoughtforms are powerfully Present in the Spiritual Films and the Spiritual Science Fiction of the 20th Century which have been charged with spiritual energy by Great Masters, “Charge them full with the charge of the Soul” because they teach us something which has been forgotten in normal Society.

Note that most of the Highest Grossing Films recently have been from the Science Fiction and Fantasy Genre.

Like the Star Wars Series with Zen Master Yoda, Luke Skywalker, and Jedi Master  O “be One” Kenobi. Teaching,”The Force”

The Force is Real!!

“Religion is only there to innoculate us against the Real Thing.”

Like The Matrix with Neo and Morpheus, “Humanity is a Virus” and Mythically, the kiss of the holy Trinity bringing one who was asleep (sleeping beauty) or dead like most normal unevolved human beings (like Lazarus), to life and Enlightenment. Yet another symbol of Enlightenment.

from Rage against the Machine.

1. There are other levels of existence above and below our own.

2. Agent Smith is the Ego Entity, The Inner Child Personality, who can live inside your mind and share it with other personalities, who can take you over. 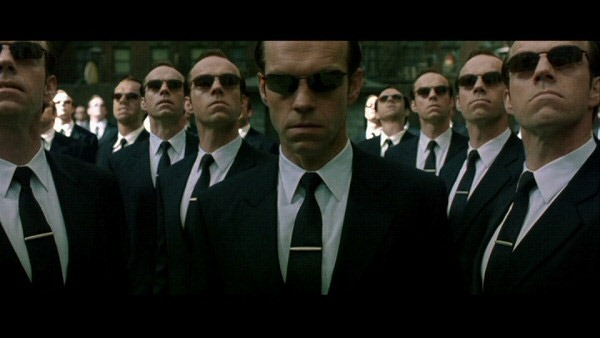 Reference to Gollum from the Lord of the Rings and Gurdjieff, “The man who says he will get up every day to meditate at 5am is not the same man who throws the alarm clock out of the window.”

This Earth Level is a only a training ground to teach us how to get to the next Level.

A Factory for the production of Enlightened Beings.

A COSMIC GAME WHERE YOU LEARN THE RULES OVER MANY LIFETIMES

This whole World is just a big Video Game of Levels and we need to learn the real rules of this Game of Levels. The Opening of the Heart, of Enlightenment. Thus the purpose behind the “Levels” of the Energy Enhancement Course!!