You know…today we will be learning the first initiation of Energy Enhancement and this is meditation. Now what is meditation, don’t answer that all at once, it was a rheotorical question (laughs). I’m going to answer it! Meditation is first the ability to still the mind, to still the mind…I was talking to (inaudible) about that, necessary to get rid of all the negative thoughts of the mind. To be able to stop the mind at will, as Don Juan says to stop the world. Now in the Yoga Sutras of Patanjali http://bit.ly/1p1z1nm he says “yogas chitta vittri nirodhah.” You know that Natwalul don’t you? This is sanskrit, and this is coming from Maharishi Patanjali from 5000 years ago. And I’ll give you the translation for that, yogas, well you know what yoga means don’t you? Well yoga comes from the word Yuj, which means yoke, the yoke, you know Krishna’s riding in his chariot, and Arjuna is just sitting there very quietly. He’s supposed to represent yuj. And he’s sitting there quietly without any thoughts in the mind. And Krishna’s is there with the reigns in his hand and he is driving everything, just like this guy here (points to Buddha statue) and what is driving the chariot forwards? Are the horses, and around there necks is the yoke. And the yoke signifies union. Union is this case with the higher self so in reality yoga 5000 years ago meant enlightenment. Now, they do all these strange contortions and they call it yoga (laughs) Oh I’m am doing yoga…OM….But really yoga means enlightenment and the first stage of enlightenment is chitta vittri nirodhah. Chitta is the mindspace, vittri is all the bad thoughts, nirodhah means to bring those mind ways down to zero, stop them. – thankyou Guillermo.

Guillermo is about 6ft 4 and he’s a reiki master. And he’s a Tibetan Buddhist and when he was doing his Energy Enhancement back in 1998 – are you translating here Devi? (laughs) When he was doing his course of Energy Enhancement the last time. He was getting all these visions of Jesus Christ coming down to touch him. And he came to see me, and he said“I’m a Tibetan Buddhist and i’m getting this Jesus coming down to touch me and i’m getting Mary aswell, I’m a Tibetan Buddhist. What does this mean. And I said to him. “look who chooses? Does the student choose the master or does the master choose the student” He said the master chooses the student. Personally I think Jesus is a Tibetan Buddhist. I think Jesus is an ascended master. And that means he contains within all religions, because these ascended masters are the source of all religions. And every master on this planet functions through them. 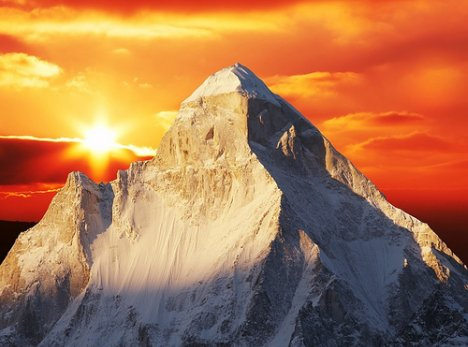 I once heard of a guru, and he said there are many masters in the high Himalayas and they never speak, all they do is meditate all day long, and they are directing energy to all of humanity and they said personally I wish I was there with them because down here on this planet spreading this energy from the masters in the Himalayas is a much more difficult job, I feel like i’m a worker in the factory, the guys up there are the managers. But personally I even believe the ascended masters are much more powerful than those, I think they are the CEOs. So I was talking about meditation and Guillermo has had all of this before but he is not here just for intellectual knowledge. Because he’s heard all of this before. It’s very simple this stuff, what he is here for is to learn how to get rid of his energy blockages. Because when Chitta Vittri Nirodhah when the mind is stopped, then when you get into a psychic state where all of your blockages become apparent. And when you can see them, you can free them. Meditation is in 3 parts, and it has to be because all of these bad thoughts that you have in the mind are symptoms of the energy blockages that levels beneath the mind, they come from the levels of the unconscious subconscious, they come from the levels of the physical body of the emotional body.

When I go to India I see many people with beautiful hearts but they are totally thick. They don’t have any intellect at all. Because they don’t understand their hearts constantly being hit by disappointment because they have blockages in the mind. And then here in the West, you have people with minds the size of planets, they have such brilliant minds, yet they have no hearts and this is because they have blockages in the heart. I remember Forest Gump and he’s a total idiot, born that way and yet he has the most precious heart. And he knows he’s not very intelligent and he thinks of this lacks of intelligence as a sort of infirmity, that he was born that way, he said, I might be very stupid but I can still love. And what he unifies the heart and the mind is purpose.

Alice Bailey talks about the 7 rays of the initiations. The 1st ray which brings everything together, is will or purpose. 2nd ray is love. 3rd ray is intelligence. And you see how the 2 rays underneath hierarchically are unified by the purpose. If you have no purpose you will never unify the two. Well what is a good purpose? Well, what is a good purpose? Why are we here? We’re because..who is the happiest person, the happiest person is the one who makes everyone around them happy. Now this is a very good purpose. How to make everybody happy? Well this comes down to the 4 levels of charity. The first level is food, you can give food to people. And you can make them very happy but then you’ve got to keep feeding them, everyday. The second level of charity is money, you can give money to people every month, but every month they come back for more. The third level is education, you put people into university, they can go and do a job, and they get all the food and money from the job. But they are not happy. They are not happy. So this comes to the fourth level of charity. Spiritual teachings, meditation, yoga, chanting, all of the spiritual techniques, reading the spiritual works, noticing when your mind is not quiet, noticing when your emotions are upset and being humble enough to know when you are 99% perfect but to know from your own observations of yourself that 1% needs to be improved. Just to know that and then to know, I need to do this, in order to improve. Because, if you are intelligent and evolved, then you know the solutions to everybody else’s problems, you can point the finger at somebody and say you are not perfect because you’ve passed that test, but 3 fingers are pointing back at you. If you see something bad in someone else, the same thing is wrong with you inside. One of the secrets of enlightenment is to see to be able to see enlightenment in one other person at least. If you see enlightenment in one other person then you have the seeds of that enlightenment yourself. So what is meditation, well, I was taught by my master, Zen Master Hogen, from Japan, in one of the most powerful types of meditation in the world. Because the Zen, they don’t do yoga, they don’t do anything else except sit. For 1,000 years they have been sitting in meditation and they have developed the techniques of sitting to the highest point available in this world at the moment. The yogi’s teach everything in India, but there are very few yogi’s who teach just meditation so the technology of Zen meditation and having investigated many meditations, this is the most powerful. Zen Master Hogen said, “meditation is in 3 parts, like a pyramid, the base of the pyramid is the physical, this is Hatha Yoga, and what does it say is yoga in the Yoga Sutras of Patanjali, what is asana, remember it’s Arse- ana – ass-ana – calls everyone in america this, and in the Yoga Sutras of Patanjali, asana is defined as steady comfortable sitting position. Swami Sivananda of Rivikesh said if you can sit for 3 hours without moving, the chances are you are enlightened. This is the base of Zen Meditation. Because where are the blockages, they’re in the body, how do you know where the blockages are, what do the blockages produce in the body, they produce pain, if you have a pain in the body, that is where your blockages are. And those blockages don’t just act on the physical, they move, they started affected your emotions making you negative. And then they start coming up from the emotions into the mind and they start producing all sorts of negative thoughts. This is how you know you are not perfect, and what is the process of removing those blockages, well meditation is just sitting.

Pain no gain, oh Swami swami, how long should I sit for? 10,000 years…(laughs) But, as William Blake said, if you can see heaven in a grain of sand and eternity in an hour…

I was talking about how the process of enlightenment is in 2 parts now before I met Swami Satchidananda http://bit.ly/1p1yWQB I had been meditating everyday for 5 years. And I have been practicing with a Zen Master from Japan http://bit.ly/1BO1AKI for 5 years. And every time I sat, he used to throw me out of bed every morning at 6 o clock and he used to say sit..and he was in Japan, he was 10,000 miles away and used to throw me out of bed every morning, and as I was sitting I could feel him polishing my base chakra, I could feel it clearing out all the blockages, and after 5 years, I was enabled to meet up with Swami Satchidananda, and Swami Satchidananda never taught me nothing but what he did, was he gave me energy and he gave me psychic experience. Seeing him in light coming to me in meditation, telepathy, all of the things they talk about in the book, they came with Swami Satchidananda. Everybody who came to Swami Satchidananda used to get his energy, but in order to really feel the energies of Swami Satchidananda was necessary to practice because the more empty you become the more the cup can be filled. If your cup is filled with bad things, it’s not possible to fill it with good things, only by removing the negative energies, comes the possibility of initiation. And initiation is a fact but only for those people who are prepared to practice.